Go “storm chasing” through the pages of the greatest Book ever written!

What storm has blown into your circumstances? Are you—or someone you love—suffering from the trauma of plans that have been washed away, relationships that have been uprooted, or security that has been devastated? Many believers have been known to ask, “God, where are You in this storm?” or, “Lord, did You send this storm into my life?” Just what does a believer do during a stormy season? StormProof: Weathering Life’s Tough Times tackles these and other tumultuous questions.
Author Carol McLeod is a storm survivor—more than that, a victor—over infertility, depression, and cancer. She understands the spiritual, emotional, and physical challenges of the trials we face in our lives. A gifted Bible teacher, she provides “life preservers” of hope and faith through the eternal, practical wisdom found only in God’s Word.
By examining key storms in the Bible, and the lives of those affected by them, Carol guides you to uncommon comfort for your own storms, offering the shelter of hope, joy, and faith. In StormProof, you will step out of the boat to walk the waves with Peter, knowing that Jesus always comes to be with you in the midst of your storms; you will be rocked aboard a wind-driven ship with the apostle Paul, in danger of being smashed against the rocks, but be preserved by God’s power; you will watch the gathering storm clouds with Noah, holding on to faith in God’s purposes. You will also experience Jonah’s self-inflicted tempest while affirming God’s unconditional love, sit in silence with Job and ponder his questions about the greatest storm of testing, and huddle with the disciples as their boat is swamped by surging waves—only to hear Jesus’s eternal words, “Peace, be still.” You will also hear about storms of harsh circumstances that others from recent history have encountered and overcome.
Storms are common in every season of life. Yet, for a believer in Christ, the damage such storms cause can be contained, depending on how we navigate their tumultuous waves. There is a way—a triumphant way—to encounter the fierce gales of life and then exit the tempests with strength and resilience. There is a definitive way to walk through the most devastating of circumstantial tornadoes and emerge with grace, empowered for the future. There is a way to be StormProof. 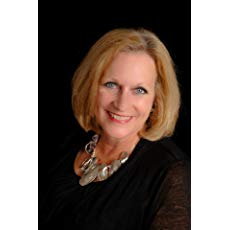 Carol McLeod is a popular speaker at women’s conferences and retreats through Carol McLeod Ministries. She is the author of ten books, including Guide Your Mind, Guard Your Heart, Grace Your Tongue (Whitaker House, 2018), Joy for All Seasons (Bridge-Logos, 2016), Holy Estrogen(Harrison House, 2012), and Defiant Joy (Thomas Nelson, 2006). Carol hosts a daily podcast, A Jolt of Joy! on the Charisma Podcast Network, and a weekly podcast, The Joy of Motherhood, which is listened to by thousands of moms around the world. Her blog, Joy for the Journey(formerly A Cup of Tea with Carol), has been named in the Top 50 Faith Blogs for Women. After her 2013 devotional 21 Days to Beat Depression had nearly 100,000 downloads in the first month, YouVersion picked it up, where it has been read over 500,000 times in five years. She also has ten other devotionals on YouVersion, including Guide Your Mind, Guard Your Heart, Grace Your Tongue. Carol writes a weekly column for Ministry Today and often writes for Charisma magazine. She is also a frequent guest on and has cohosted 100 Huntley Street. Her teaching DVD The Rooms of a Woman’s Heart won a Telly Award in 2005 for excellence in religious programming. The first Women’s Chaplain at Oral Roberts University, she currently serves on the university’s Alumni Board of Directors. Carol has been married to her college sweetheart, Craig, for nearly forty years and is the mother of five children in heaven and five children on earth. Carol and Craig are now enjoying their new titles as “Marmee and Pa” to seven delicious grandchildren! She and her husband will soon be moving to Oklahoma, where Craig serves as the North American Director for Global Partners, a missions organization that plants churches in remote areas of the world.

When I first signed up to be on the blog tour for Storm Proof, I thought the storm I was preparing to walk through was the first anniversary of my best friend’s death and her birthday. Instead, I ended up with a sprained thumb which brought tremendous pain and frustration.  That would have been enough since it has continued for four months now. Yet last week my husband found himself in the middle of a torrential storm of his own. At times the past four months have felt like more than I could handle. But God gave me the gift of this novel to continue to encourage my soul as the biggest storm hit.

What I loved the most about Storm Proof is none of the stories were new. I’ve been a Christian for thirty years so I’ve read them all several times. Yet all of them were presented in a different light than I had considered before. And even in this season of frustration, questions, and pain, my heart was able to receive them. That’s a big thing when you’re going through trials. There were a few books I picked up shortly after my best friend passed away that I had to put down because it was too much for me to read while I was going through grief. Storm Proof is a book that someone can pick up at any time during their trial and be ministered to. It felt as if I was sitting across from a Christian friend and she was gently giving me advice. Not preaching at me. Not chastising me for my frustration. Just a friend, sharing coffee and a conversation about God’s Word.

In the Old Testament God tells His people to remember. Remember all He has done. As I read this book I remembered the stories of those in the Bible who faced trials of their own yet didn’t give up. Some, like Peter, blew it in other ways but in the midst of the storm he kept his eyes on Jesus and learned what he needed to. I think that’s what I love the most about this book. It not only encourages you in the midst of your hard times to keep on going but it encourages you to look for what God is teaching you or how is God is growing you. I also appreciated that I could read this book aloud with my husband as he started to go through trials of his own. Both of us were dealing with different issues, both of us had our own storms God was taking us through, but this book ministered to both of us in the place we were at. That, to me, is priceless.

One of my favorite quotes from Storm Proof is: “Faith is fertilized in the soil of questions and often thrives in an environment of thorns and rocks—as long as we are strongly grounded in our love and commitment to the Lord.”

Thank you, Carol, for sharing your own trials along the way. Perhaps that’s what made it feel like a conversation over coffee. And thank you for encouraging me in such a way that it never minimized my struggle but it maximized God’s ability. I would absolutely recommend this book people of both genders and all ages as they struggle with any trial.

I wrote this book and dedicated it to a lifetime friend and a woman who has survived the worst of life’s storms.

”You have danced in the sunshine…

been drenched by circumstantial downpours…

been threatened by windy situations…

and been attacked by the blinding blizzard of events.

But through it all, you have been faithful.

You have been a warrior.

You have been a worshipper.

You have kept your eyes on Jesus.

You have been StormProof.

You haven’t just weathered the tough times in life…you have rejoiced through them!

There is no one I would rather share an umbrella with than you, my friend.”

For the Love of Literature, March 10

To celebrate her tour, Carol is giving away

1st Place prize of a copy of Guide Your Mind, Guard Your Heart, Grace Your Tongue, and Whitaker House/Anchor adult coloring book!!

Be sure to comment on the blog stops for nine extra entries into the giveaway! Click the link below to enter. https://promosimple.com/ps/de82/storm-proof-celebration-tour-giveaway